want to wish you an unhappy birthday.

‘The diseases that we civilised people labour under most are melancholy and pessimism.’

Vincent Willem van Gogh was born on March 30th 1853 in Zundert, Netherlands. He was brought up in a very religious and cultured lifestyle open to the arts but strict with it. Gogh is famous for his style, especially his later abstract years which arguably could be a result of how his mind was then. In today’s blog I’m looking at van Gogh, his work and how his mental health may have played a significant part.

Gogh had taken great insight from the impressionists he met in his time trying to grow his maturity and make his mark in the art world. He took upon styles such as Monet and with the frustration of attempting to work with those in mind he ended up finding his own take on impressionism. This resulted in van Gogh asking his dear friend Gauguin (impressionist friend and famous for his primitivism paintings) to live with one in one of four rooms he rented in Arles but the partnership was short lived as Gogh’s health deteriorated and he attempted to slash Gauguin, instead self mutilating his ear. He was later taken to Saint-Remy the asylum to be treated. Only two months after his release, under some supervision, he decided to move to Auvers-sur-Oise where it is said he took his own life with a gun. Gogh’s behaviour over that period had been erratic at best, flying from one sombre mood to increasing bouts of depression to lashing out in anger. He fitted what we now call a manic depressive description. What of his art though? Can we tell through van Gogh’s work what sort of mood he may have been in?

We spoke about Gogh and his friend Gauguin whom he lived with to form a painting group, to inspire each other, in anticipation of this Gogh painted what would be a beginning of many series of Sunflowers - simply to decorate the house. 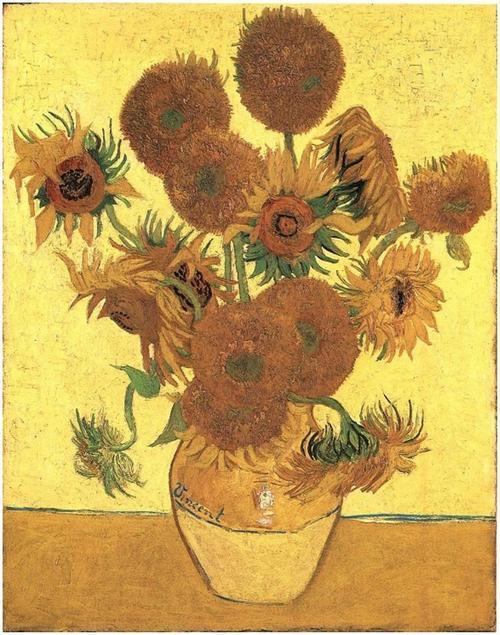 Compare that to ‘The bedroom of Arles’ one of van Gogh’s paintings before the incident that led to cutting his ear and spiralling into a deep depressive state. 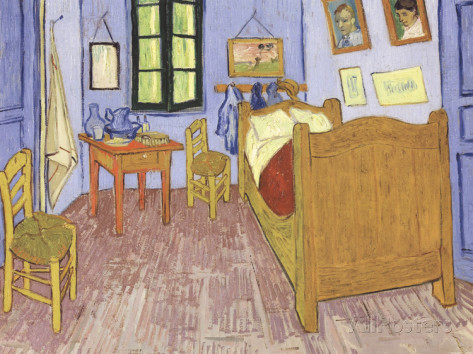 This is where we see van Gogh’s lines appear, you notice them on the floorboards of the bedroom, a style that he is so famous for and yet I feel marked the troublesome mind of such a wonderfully fragile man.

To emphasis this let’s take a look at van Gogh’s self portraits, beginning with his first in 1886; 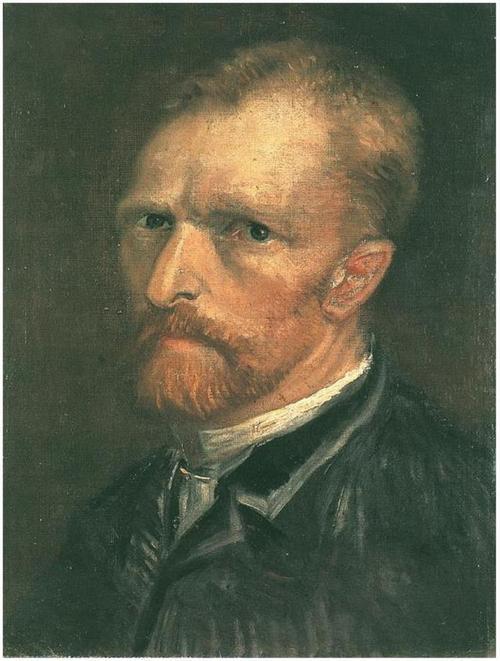 Much like most self portraits artists painted back then and years preceding. Yet, look at his self portrait just a year later painted around the same time as the bedroom; 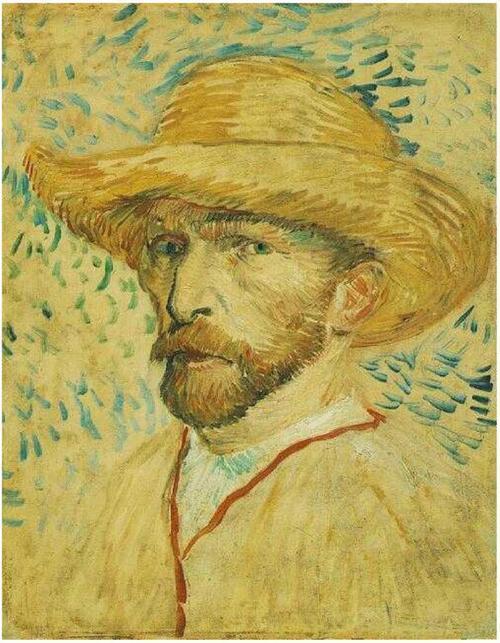 This was a style, much like his mind, that would follow him for years to come prior and even following his time in Saint-Remy. Yet what would modern therapy and medication have done to van Gogh? Would he have painted the same, would he have been as celebrated today? Back then van Gogh only sold one painting and died penniless. Would SSRI’s to control his moods have enthused his style or taken it away? Maybe he’d have a different style altogether.

Finally, let’s have a look at one of van Gogh’s most famous paintings ‘Starry Night’. He sent a sketch of his idea for the painting to a friend, as you can see, his expressive strokes and aggressive darkness still shines through; 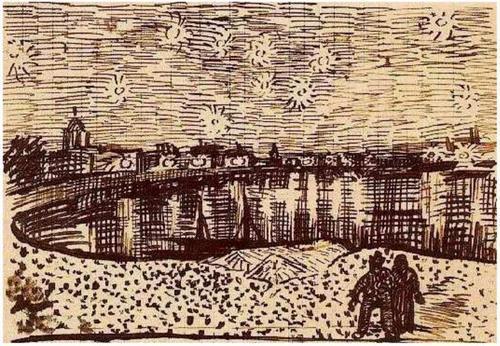 Whether Van Gogh’s mind was the initial push in to his style of painting or whether it was just his unique sense of discovering himself. We can agree that with a troubled mind comes an uplifting beauty. Those with the darkest heads often lead the brightest lives. Whether living it themselves or through whatever, or whoever, they leave behind. 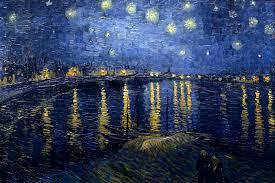 The GoMa is a great place for a really good film exhibit. It’s ground floor gallery with it’s pillars and enclosed space really lets exhibits spring in to life and it has never been needed more than for Collins’ Tomorrow is Always Too... Continue →